Lena Dunham is a young American actress, writer, and director in both film and television. For HBO's Girls, she is tasked with all three positions. Not only does Dunham write and direct the series, she also stars as Hannah Horvath. She is also known for writing, directing and starring in the 2010 film Tiny Furniture.

Dunham's television series, Girls, was green lit by HBO in early 2011. The show is executive produced by Judd Apatow. Three episodes were screened to positive response at the 2012 South by Southwest Festival. The series premiered on April 15th, 2012, The first season premiered April 15, 2012, and has garnered Dunham four Emmy nominations for her roles in acting, writing, and directing the series and two Golden Globe wins for Best Comedy Series for Girls and for herself in Best Lead Actress in a Comedy or Musical Series. In February 2013, Dunham  also became the first woman ever to win a Directors Guild Award for Outstanding Director in a Comedy Series for her work on Girls. The series was later renewed for a second and third season in early 2013.

As Hannah in Girls

As Hannah in Girls

On the set of Girls 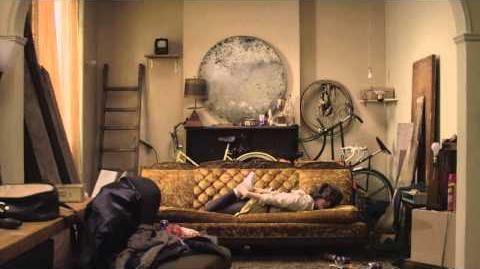 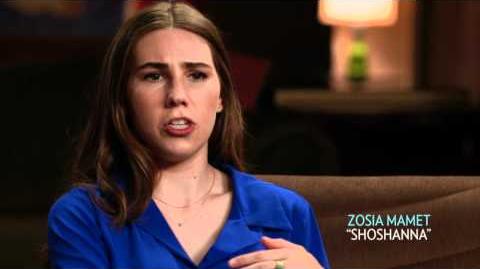 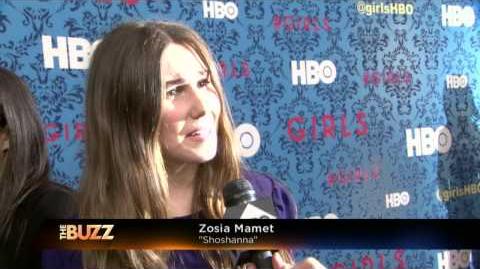 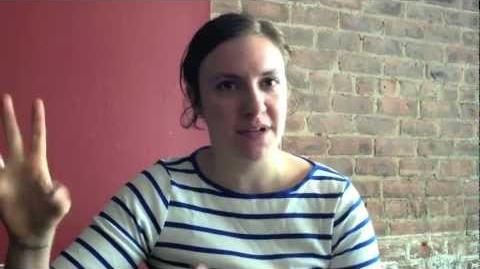 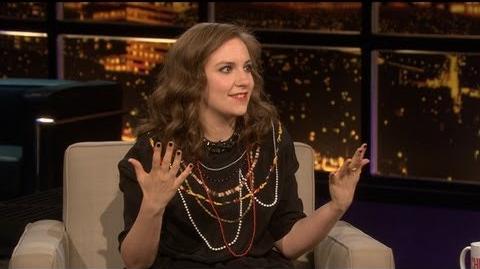 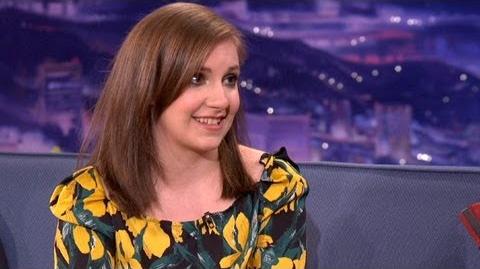 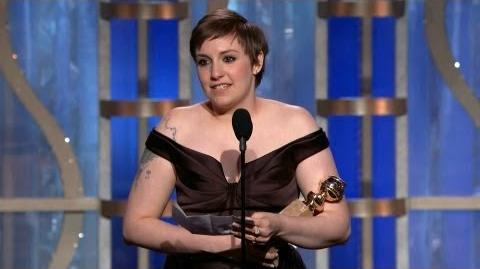 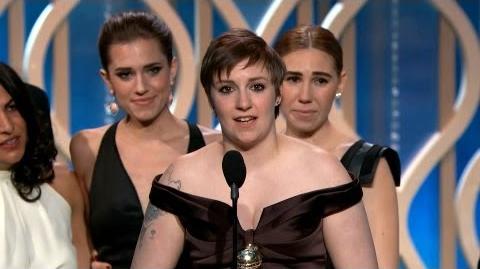