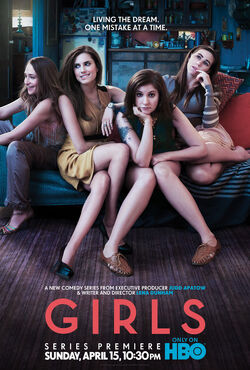 Girls is a comedic series on HBO, written and directed by Lena Dunham, who also stars alongside Jemima Kirke, Allison Williams, Adam Driver and Zosia Mamet. The show follows the lives of these young 20-somethings as they deal with life in New York City.

Dunham was given the opportunity to create the series after the success of her film Tiny Furniture, which shares a similar premise with Girls. Judd Apatow and Jenni Konner serve as executive producers alongside Dunham.

Jessa "I'm not sure on the middle name" Johansson

Shoshanna "also not sure on the middle name" Shapiro 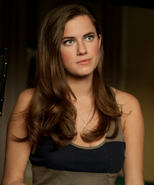 Add a photo to this gallery

Retrieved from "https://girls.fandom.com/wiki/Girls?oldid=5588"
Community content is available under CC-BY-SA unless otherwise noted.